A fan of John Deere, although he has many years of experience using other harvester brands, Hannes says he was surprised at the difference between the high-performing S600 series and the new harvester when his team trialled them recently. He puts the advancement down to the use of precision agriculture technology.

Hannes was born on a cropping farm in South Africa where his father was a third generation John Deere owner, but he’s run a contracting business where he ran five machines of another brand, and over the years trialled many brands.

Twelve years ago he moved to Western Australia to manage the 11 thousand hectare cropping operation Bungulla, a couple of hours inland from Perth on the Great Eastern Highway.

Bungulla harvests wheat, barley, canola oil, field peas and export hay. “That is where the love for the ‘green machines’ started. The technology and engineering is far superior to anything you can find out there,” says Hannes.

Bungulla runs three John Deere combine harvesters and wanted to trial the S700 against current models to see if there was much improvement. His team ran it alongside the S660 and S670 to compare performance on a wheat crop.

Hannes says the stand out improvement is camera technology enabling the operator to visually set specifications and have the harvester continue to work at an optimum level all day. Cameras provide pictures of the returns elevator, a live feed on the grain elevator and other views so the operator can see results during the harvest.

Sensors inside the grain box also consistently measure and weigh the grain yield. “You should get better control over quality of the grain. That’s the most fantastic thing that this machine can bring you.”

And with payment for grain based on the quality bracket achieved, that means higher returns for crop farmers, says Hannes.

The video technology was also a safety improvement because it negated the need for the operator to leave the cab to check the quality of the grain during the harvest.

Hannes says it’s pleasing to see agricultural suppliers keeping up with precision technology and advancing their products with safety and better performance in mind.

The other big Improvement was a more operator-friendly cab, most important due to the long hours and hot conditions of the work.

The S700 series is the first to have a swivel seat with all the controls attached to the armrest, reducing stress on the driver from looking left and right a lot throughout the day.

From October to late December Bungulla operators work 14-16 hour days in a seven-day operation to complete the harvest before Christmas, often in 45 degree plus heat.

“You have got to give everybody the best work environment you can. We want to minimise driver fatigue and down time.” And that meant making the job as comfortable and productive as possible for operators, he says.

Hannes gives the example of the previous series introducing fridges to the cabs. “It seems a very small thing but it makes a huge improvement in comfort.”

Bungulla upgrades its harvesters every second season to keep within warranty, hold value and keep up with developing technology, and it’s worth the investment says Hannes. “Basically harvesting is the ultimate reward for 12 months work. You have got to get it right.”

For now Hannes Joubert has his sights on getting one or two of the S700 series this year. “We are very much in love with it”.

Hannes says John Deere offers support through several dealerships in Western Australia and Bungulla is fortunate to have one only 20km from the property where there’s good support if issues arise. “It is almost a friendship relationship, it is not a business relationship.” 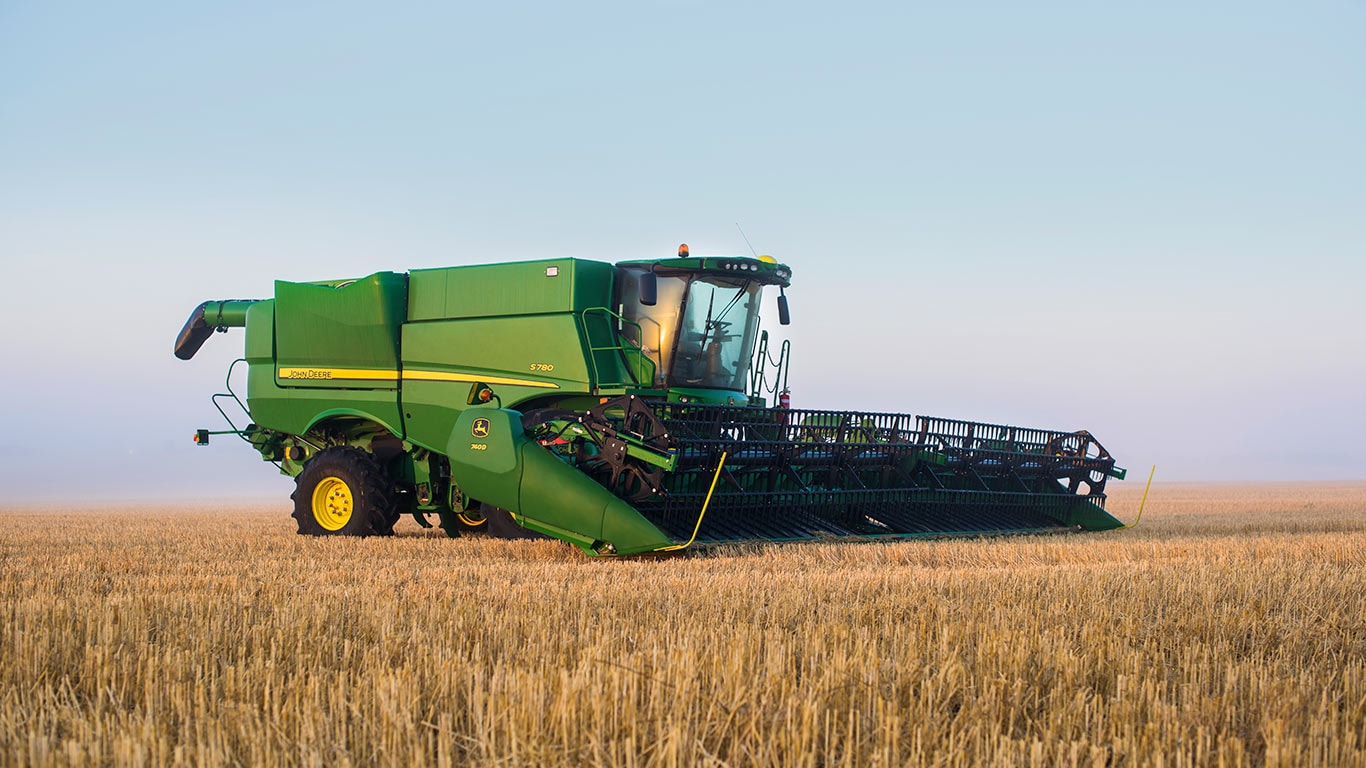 The S700 Series features a suite of seven technologies that come together to help set, optimise then automate the combine for greater efficiency using data collected on the go.