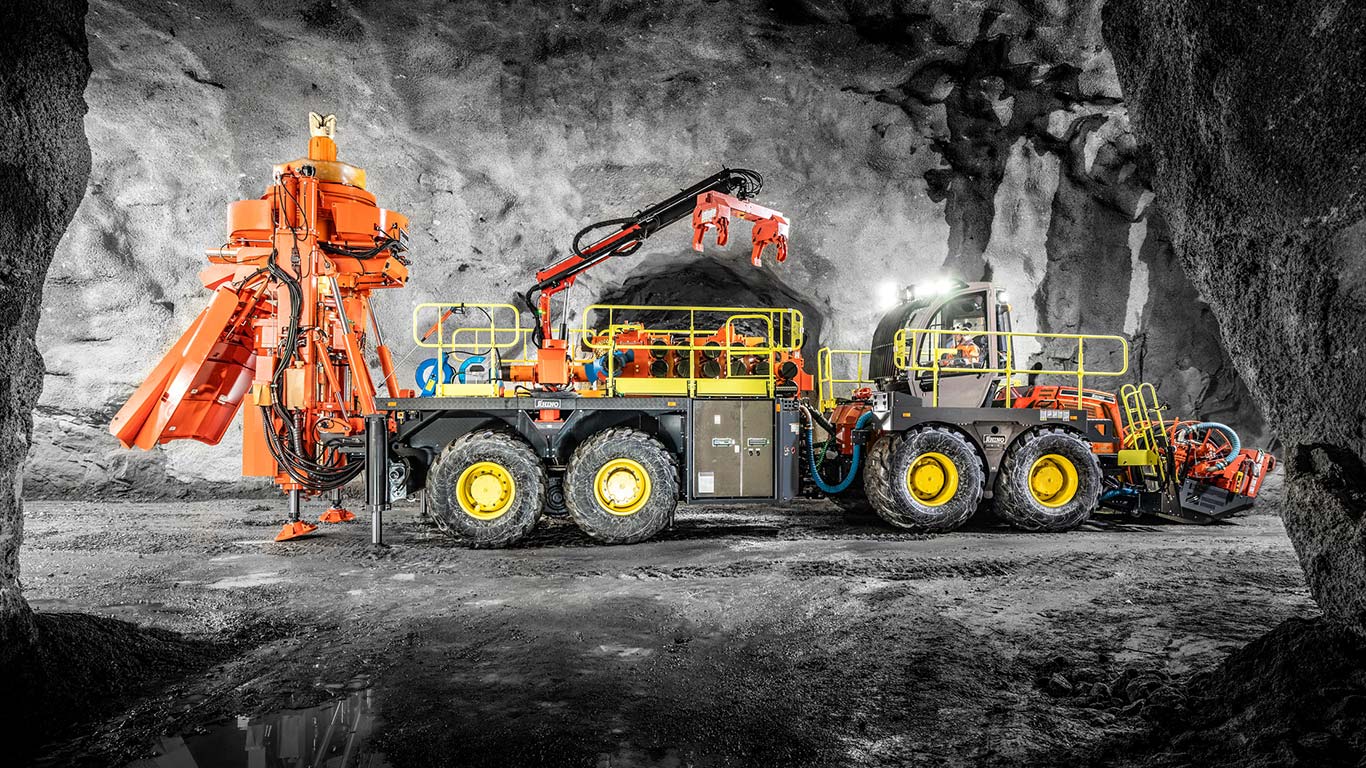 John Deere’s 1910G forwarder is a beast in the forest, but what do you call a 1910G in a gold mine?  It appears that 1910G is a real monster in a mining tunnel, too – as experiences from Finnish Lapland would suggest.

Located in Lapland, Finland, the Kittilä mine is currently the biggest gold mine in Europe. Operated by Agnico Eagle Finland Oy, the mine deploys a Sandvik Rhino 100 mobile raise borer  that is using John Deere 1910G as carrier. Tuomas Kyykkä represents TRB-Raise Borers Oy, a Finnish company that manufactures and customizes raise borers for global customers. According to Kyykkä, in the Kittilä case, standard industry portfolios didn’t offer a working solution, since the load capacity was not optimal and the cabin functions weren’t sufficiently mobile. “In this concept, in a mine you really benefit from a cabin that rotates fully,” explains Kyykkä. The Kittilä gold mine received its 1910G in 2017.

According to Kyykkä, the feedback from the mine has been extremely positive: in addition to great performance and ergonomics, the 1910G is a “real joy” to operate. “It’s pretty clear that it’s the machine most favored by the operators, with a leveling cabin and great all-around visibility,” says Kyykkä, adding that pulling an eight hours shift, for instance, is a lot easier, ergonomically speaking, when you get to ride the 1910G all day long. The 1910G was not, however, the first 1910 series machine in Kittilä. As it turns out, already in early 2010’s, while talking with John Deere professionals at Tampere, Finland, it soon became apparent that 1910E could be just the ticket for the gold mine.

The 1910E was agile enough to brave any mine and it, too, had the rotating and leveling cabin that makes it a great fit for demanding mining operations. Next steps: John Deere crew at Joensuu, Finland, pre-fitted the 1910E, removing the boom and cargo section as well as making the machine lower. Then TRB-Raise Borers got to work on modifying the 1910E further, packing the carrier with its solutions. “In the cabin we also made some changes, putting in our operative guiding system and adding screens, for instance,” Kyykkä says.

The new “Deer-Rhino” headed to Lapland with big expectations in 2014 – and it soon became obvious that the raise borer was a real difference-maker, bringing a big boost to daily production. The 1910E model proved to be highly dependable, with minimum downtime. This meant that it was soon time to get another workhorse, with 1910G making its entrance three years later. According to Kyykkä, the two raise borers are quite versatile, capable of drilling upwards or downwards, and featuring four different drilling modules. “The drills are easy enough to change, too – even for a first-time operator, it will take only about two hours to do it,” Kyykkä says.