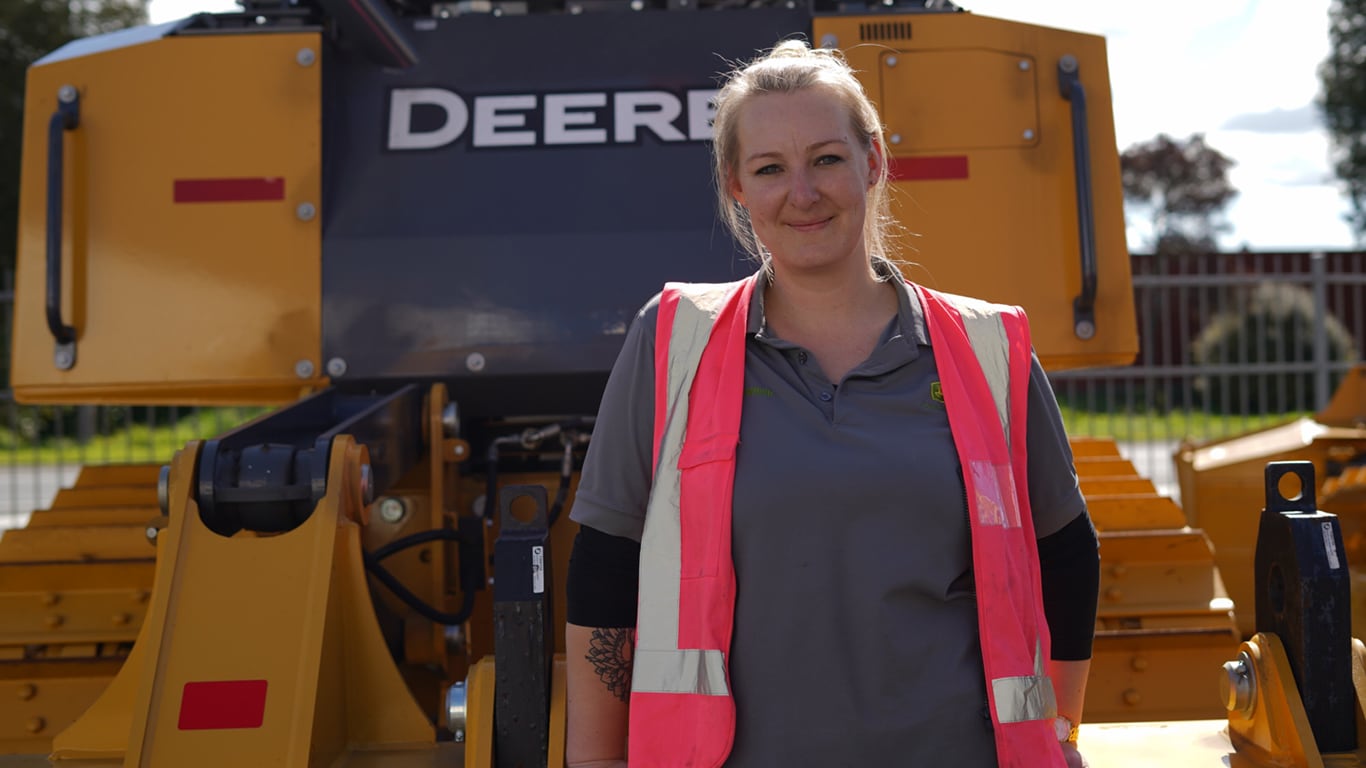 Crestmead, Queensland (15 October 2021) – AS the world looks to celebrate International Day of Rural Women this Friday, 15 October, recently awarded New Zealand John Deere Parts Technician of the Year, Cass Brown, is a glowing example of the diverse contribution women make to agriculture across the world.

The newly minted title, achieved during the inaugural John Deere Technician awards earlier this month, hasn't quite sunk in for Cass who, previous to her last three years with John Deere Dealership AGrowquip, Hamilton, held a second-in-charge position in butchery retailing.

Having, throughout her career, always proven she could succeed in male-dominated industries, Cass said she hoped more females would consider roles like hers this International Day of Rural Women.

"When entering this industry, I took a running jump and never looked back," Cass said.

"I hadn't worked in a role like this before so I dove in headfirst and told myself I didn't have a choice but to succeed."

Cass' role demands a robust knowledge of agriculture, construction and forestry equipment, and a thorough understanding of back-up support services so she can preemptively and proactively ensure required parts are in stock and reaching customers as swiftly as possible.

She completed on-the-job training through the John Deere University and was well supported by her colleagues who were more than willing to take her under their wing.

Soon, Cass became fascinated by the technology driving the machines and would spend her spare time researching equipment and watching explanatory YouTube videos. She also made the most of the knowledge of those around her and spoke extensively with technicians in the workshop who could explain each part's function.

"I quickly realised when a customer calls asking for a part, they are expecting me to know exactly what they mean," she said.

"When I first started I spent a lot of time putting the orders away so I learnt what the parts looked like and where they went. I have always had a memory that has made recalling small details quite easy for me, and that has certainly helped in this role."

Another trait that has helped propel Cass' career has been her ability to build a rapport and create easy conversation with customers, a skill she said she honed when working in the butchery industry.

"I am a people person, and a people pleaser and have always loved working in retail for that reason," she said.

"I have built relationships with our customers and make sure they always leave the dealership, or end the phone call, with a smile."

Cass said she feels incredibly honoured to be named the New Zealand John Deere Parts Technician of the Year and believes her success in her chosen field all stems from passion.

"I was thrilled to just be named a finalist in the John Deere Technician Awards, and I see my title as acknowledgement of the fact I have gone above and beyond for our customers – but that's my job, and it's my goal to do all I can to ensure customers have what they need as fast as possible," she said.

John Deere is shining the spotlight on women working in agriculture through a series of stories this International Day of Rural Women.