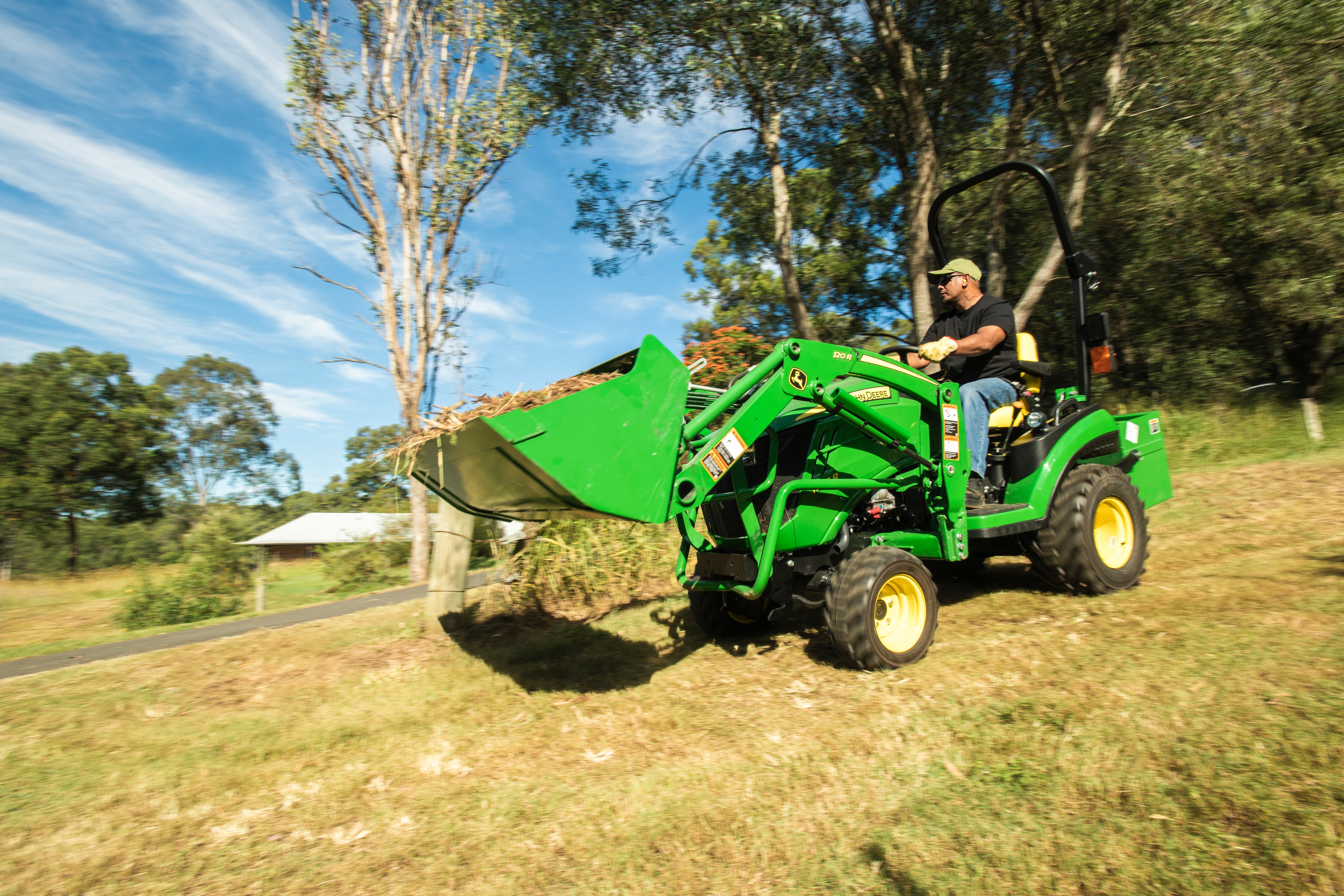 Taranaki agricultural contractor James Green runs a fleet of John Deere tractors and recently added a 1025R to the lineup. It’s clocked up over 400 hours in the year and a half that he’s owned it, and James reckons, “it’s my busiest tractor in the yard.”

James was born into the contracting business he runs now, and John Deere has been the machine of choice all these years. “When I first started, we worked with John Deere. Their machines have always been reliable and never let us down.”

When looking to add to his fleet, James discovered the potential of the compact 1 Series tractor after speaking to the team at his local dealership, Cervus, New Zealand. “The guys told me about the 1025R and what other customers had been using it for.” Keen to try for himself, James says “Two days later I had a demo and I liked it so much that I told them to leave it with me.”

The tractor has settled well into James’ contracting operation, which was no surprise to the team at Cervus. “The guys told me how capable and versatile it was, and they were right!”

The tractor serves many different purposes in James’ business. “We use it for cleaning out underpasses, trenching, waterlines and irrigation, and drainage work. We bought a rotary hoe with it and use it for landscaping, lawns, feed pads…all sorts of stuff.” And there are no concerns about the tractor handling the work. “It’s a very robust, useable machine. It goes from job to job, no problem.”

James has up to 12 staff at the peak of the season. And the 1025R is used by the whole team. “It’s very nimble, user friendly and simple to use.”

James was adamant he’d buy a John Deere when he was on the lookout for a new tractor and he’s not disappointed with his choice. “I already knew I wanted it to be a John Deere and didn’t look at anything else. My ‘little tractor’ is very versatile, it’s probably my busiest tractor. There’s so much you can do with it.”