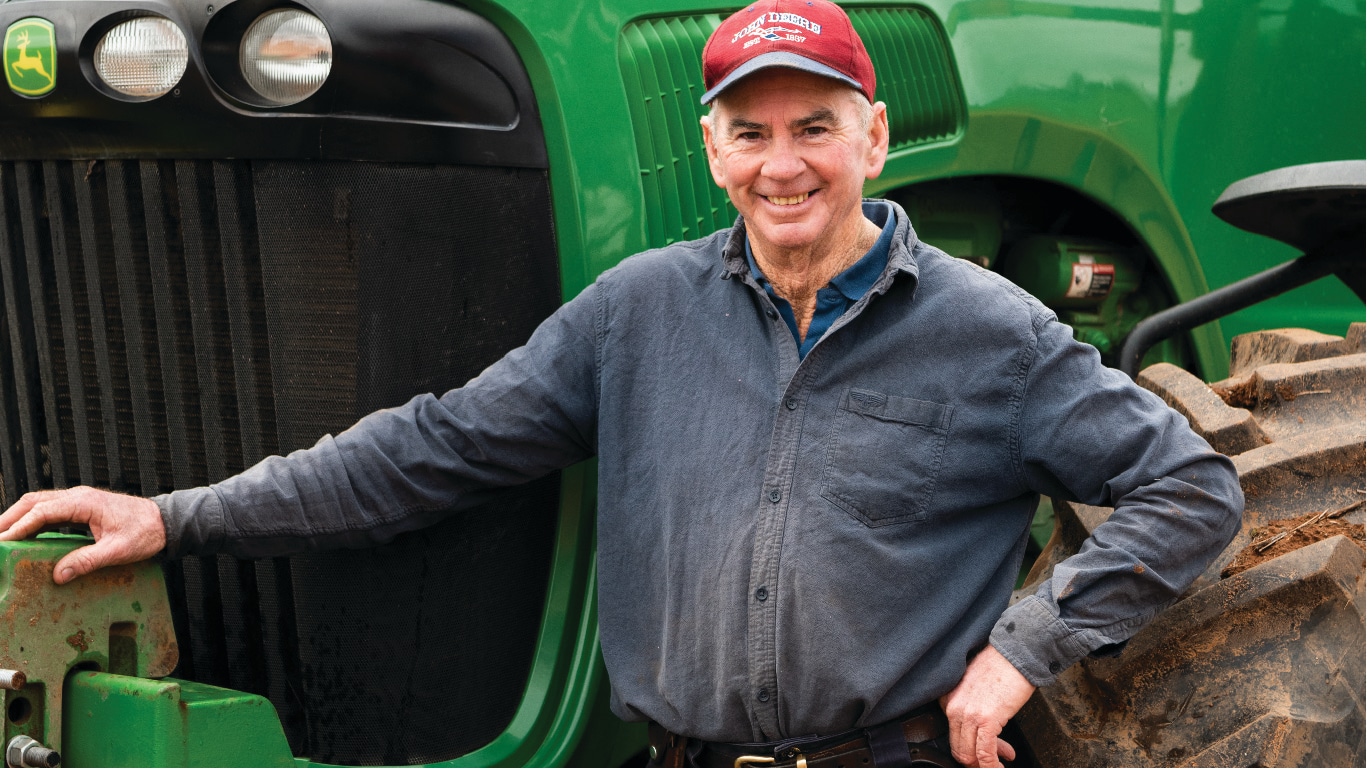 John Deere Plus-50 II™ Premium Engine Oil and Hy-Gard™ Hydraulic and Transmission Oil are fundamental to the operation of his John Deere 9600 Combine Harvester, 4250, 8220, and 3130 Tractors, which he uses to farm his 600 ha cropping enterprise in the central Riverina district of NSW.

"I know anything John Deere puts their name to has been held to the highest standard, which makes their oils good enough for me," Mr McCormack said.

"As they are made to John Deere specification, I've had no issues across my machines and have been using their genuine products since they first came on the market."

The John Deere lubricant range is formulated to perform under heavy loads and dry conditions, which is a requirement for Mr McCormack on his home property, "Glenwood" , which he runs in partnership with his wife Helen and son Steven.

This year the family sowed canola, wheat, lupins and barley across their sandy loam soils, and is currently rolling out a spraying and spreading program. Mr McCormack said the genuine product range also gave him peace of mind his equipment was working at its ultimate performance, which helps drive productivity.

In recent years, efficiency has never been more paramount as Mr McCormack said seasonal conditions had widely varied, so he relied on his John Deere equipment to make the most out of every crop. Despite the peaks and troughs of climatic conditions, he still finds growing grain rewarding.

"When you are sitting up in a header and seeing a great crop roll straight up the front of it, there is nothing that beats a sight like that," he said.