Less downtime and more efficiency with Plus-50™ II oil 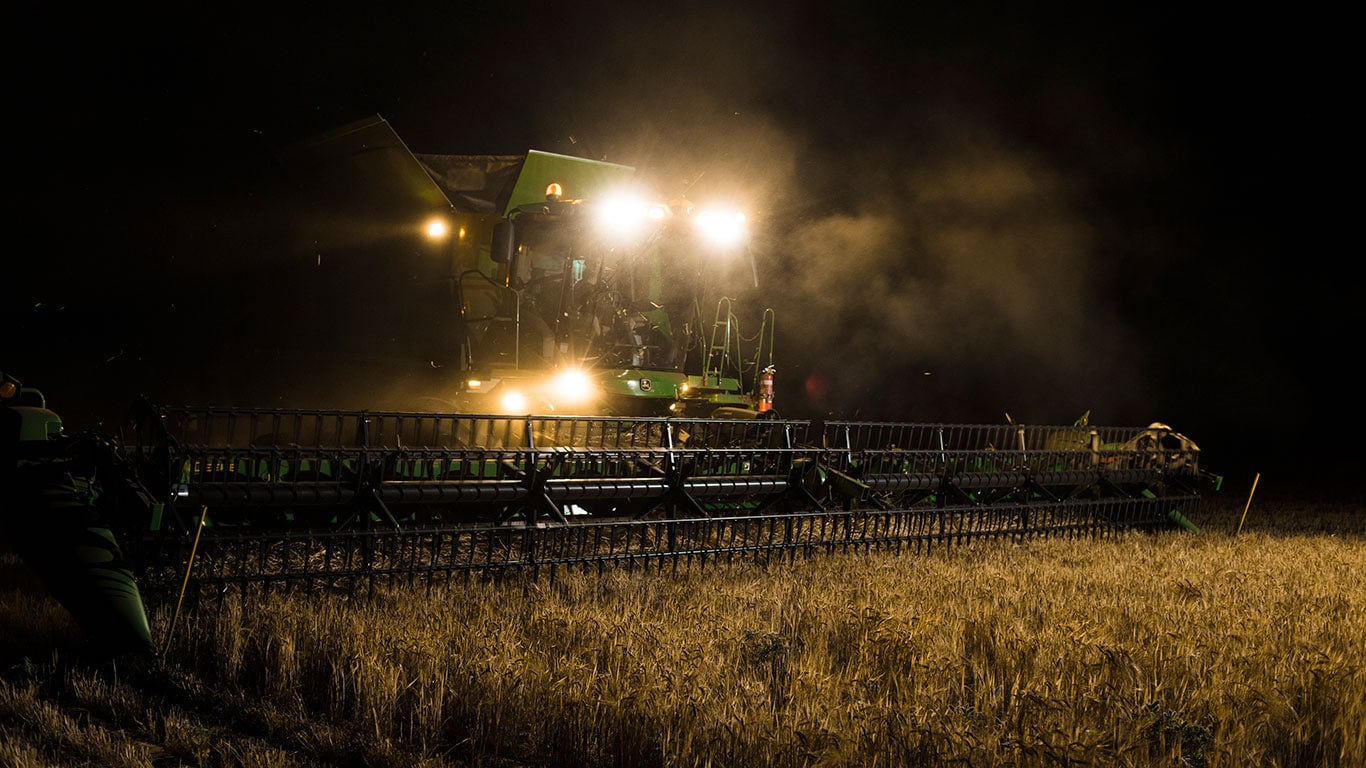 “We changed for convenience. We used to have different lines for John Deere machinery and some oil for everything else. We now use one oil and keep it simple,” says Garry Peakall.

The operation runs several machines including the S680 John Deere header and a range of John Deere tractors including a 9300 4WD tractor; an 8295R front assist; a 6510 with front end loader and also the old field bin faithfuls, the 4640 and 2130 models.

With some properties 65 kilometres away servicing of machines needs to be efficient, he says.

“We have a mobile service truck kitted with one engine oil only, which can do oil changes on the run in any location. That is one of the reasons we have gone for one oil.”

He says another big benefit of using John Deere Plus-50 II is the efficiency of having less down time for the machines due to fewer oil changes.

Garry says the investment in Plus 50-II has been worth it. “The oil costs more but you get considerably more hours out of it than other oils.”

Garry says genuine John Deere parts and consumables are the go-to for all their later model machines.